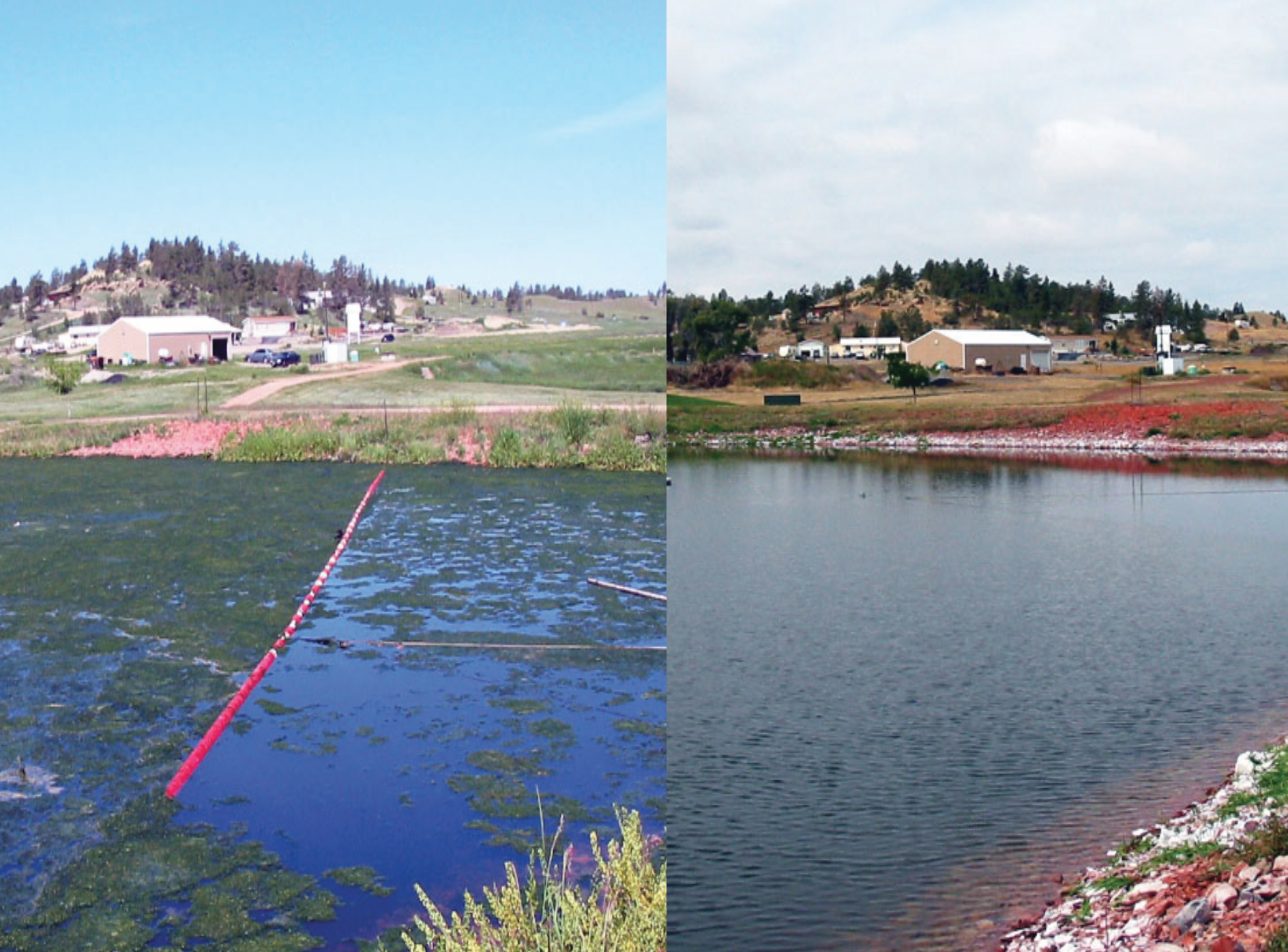 The water clarity of freshwater ponds can be impaired by organic material which accumulates in response to high nutrient loadings.

This algal biomass, and other organic material, can clog pump intakes and aeration features in recreational and storage water bodies.

Companies relying on freshwater ponds for recreation and irrigation uses can benefit from bioaugmentation when managing organic solids.

The management of a golf course in Montana was having trouble maintaining good water clarity in their two-acre freshwater irrigation pond.

Each spring, when the water temperature increased, the organotrophic microorganisms in the pond would vigorously degrade accumulated solids.

This activity mobilized bioavailable nutrients in the process.

Additionally, the water supply for the pond was sourced from a local wastewater treatment plant, so the influent to the pond was often enriched with nutrients. The above nutrient inputs promoted excessive algal growth in the water body.

The algae caused additional issues for the management, because the solids in the water column frequently clogged the pump intakes.

During the spring and summer months, the pumps were pulled out of the pond and serviced four to five times a week. The water body was also emitting odors which were unpleasant for nearby golfers and maintenance staff.

To reduce organic solids and nutrient loads in the system, the golf course superintendent contacted BioLynceus® to provide a bioaugmentation solution.

The pond was inoculated with PBII PAO, a live culture product containing a highly diversified consortia of wastewater bacteria, at the end of the growing season in September.

The following spring, the pond grew less algae than ever before. The management decided to implement daily doses of PBII PAO until the pond froze over in the winter.

Within four months, the added bacteria limited algal growth on the surface of the pond, so the water turbidity decreased. The pump intakes were not clogged as frequently which reduced servicing requirements to once a month.

Odors were reduced and water clarity was improved adding greater recreational value to the pond. An additional benefit of the PBII PAO treatment was, the grass irrigated by the pond was healthier than ever.

The thatch layer of the grass was degraded by the bacteria in the pond water which provided greater nutrient availability and water in the root zone. This promoted greener and healthier grass which required 30% less water and 50% less fertilizer.

The golf course continued to use PBII PAO in their pond the following year. Treating the water body daily for a second year improved the water clarity further.

The microbiology actively digested the layers of dead algal biomass at the bottom of the pond. The red shale liner was now visible through 12 ft of water.