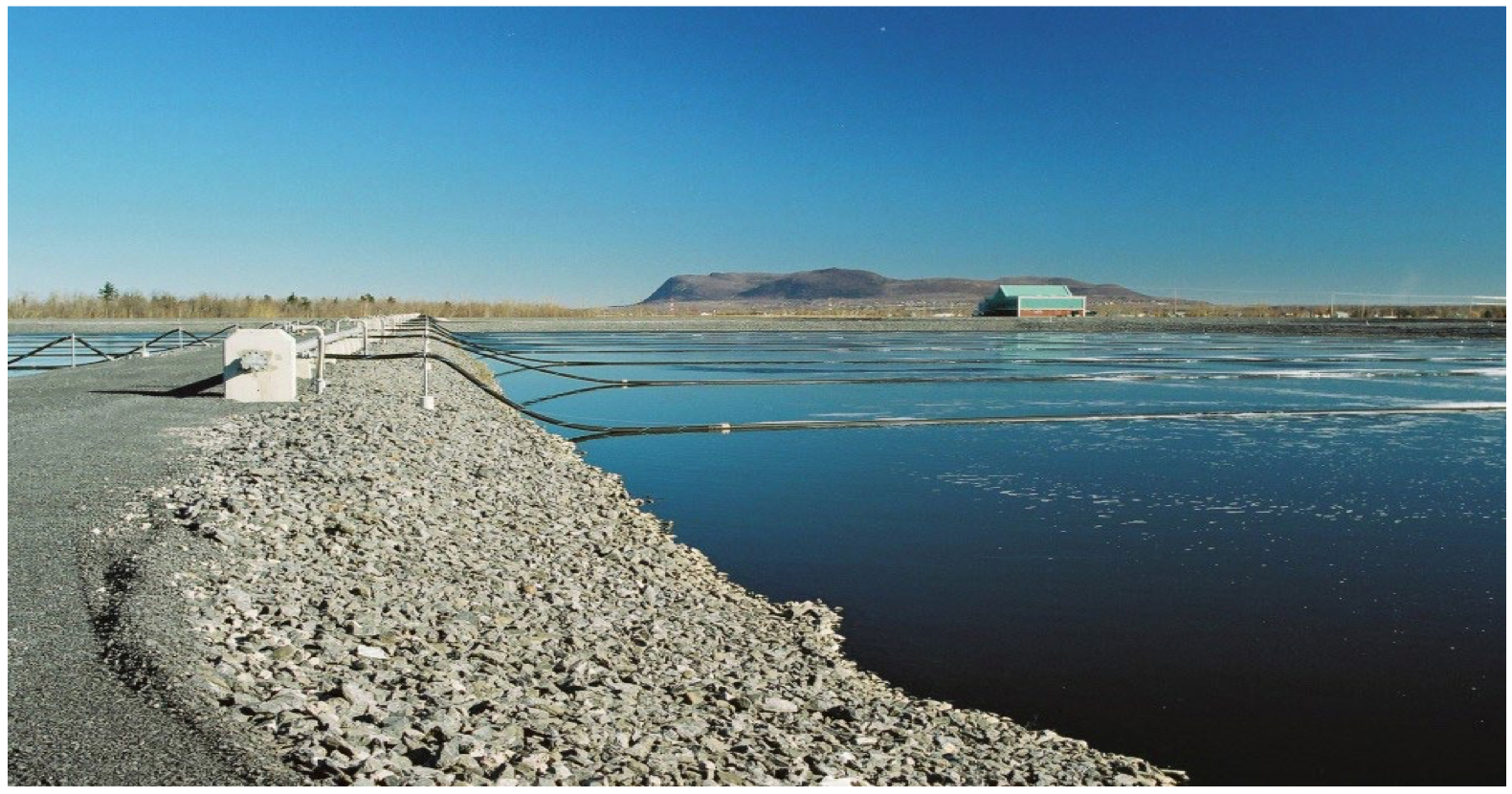 In need of a recovery plan for their wastewater treatment system, an industrial oil refinery in New Mexico used BioLynceus® to restart their biological treatment after a toxic hit. The refinery was processing 50,000 barrels of crude oil a day.

Toxicity was experienced in the system after foaming fire retardant was unexpectedly released at the refinery. The wastewater discharged to the lagoons following the event was contaminated with chemicals. The compounds in the flame retardant reacted with the dissolved oxygen (DO) in the treatment ponds which drastically decreased the oxygen availability for wastewater microbiology.

Because the DO levels were very low, the oxygen reliant biomass in the system was killed off.

Without a concentrated and functioning microbial population, the refinery wastewater was not properly processed in the aerated lagoons. Solids and refining residues began to build-up in the system. The lagoons were also covered in a thick oily film that produced unpleasant odors.

The refinery required bioaugmentation to restart biological processing in the aerated lagoons. BioLynceus® ProBiotic Scrubber® II (PBII) was used to augment the system. The product contained a concentrated and intentionally selected community of live wastewater microbiology.

The culture was administered in the first treatment lagoon to (1) increase wastewater processing biomass in the system and (2) improve solids and hydrocarbon removal.

Within a week of treatment with PBII, the biomass regenerated in the system. This helped to reduce odors. Additionally, the oily foam layer on the lagoons was reduced.

The solids and hydrocarbon sludge that accumulated in the system began to degrade a few months after inoculation.

Bioaugmentation with PBII helped reinstate a healthy biomass in the lagoon system after a toxic chemical loading.

Wastewater treatment utilities receiving inputs from industrial and anthropogenic sources are highly susceptible to toxic waste inputs. Toxic loads are often sporadic and can be extremely devastating to the biomass in treatment facilities.

Chemicals used in illicit drug manufacturing can cause significant harm to the microbial communities in surface waters. Municipal lagoon systems are especially vulnerable to these chemicals, because they receive high strength influent directly from urban sources.

Managing toxic loadings at industrial wastewater treatment facilities can be challenging. Influent from food processing industries can introduce harmful cleaning products. Biota with damaged cellular structures may be unable to properly metabolize the organic substrate and nutrients in wastewater.

Municipal wastewater lagoon systems are susceptible to toxic waste poisoning. Toxic loads from residences and businesses are sporadic and difficult to mitigate. When toxicity levels are high in wastewater lagoons, the biological treatment process is inhibited due to loss in biomass.