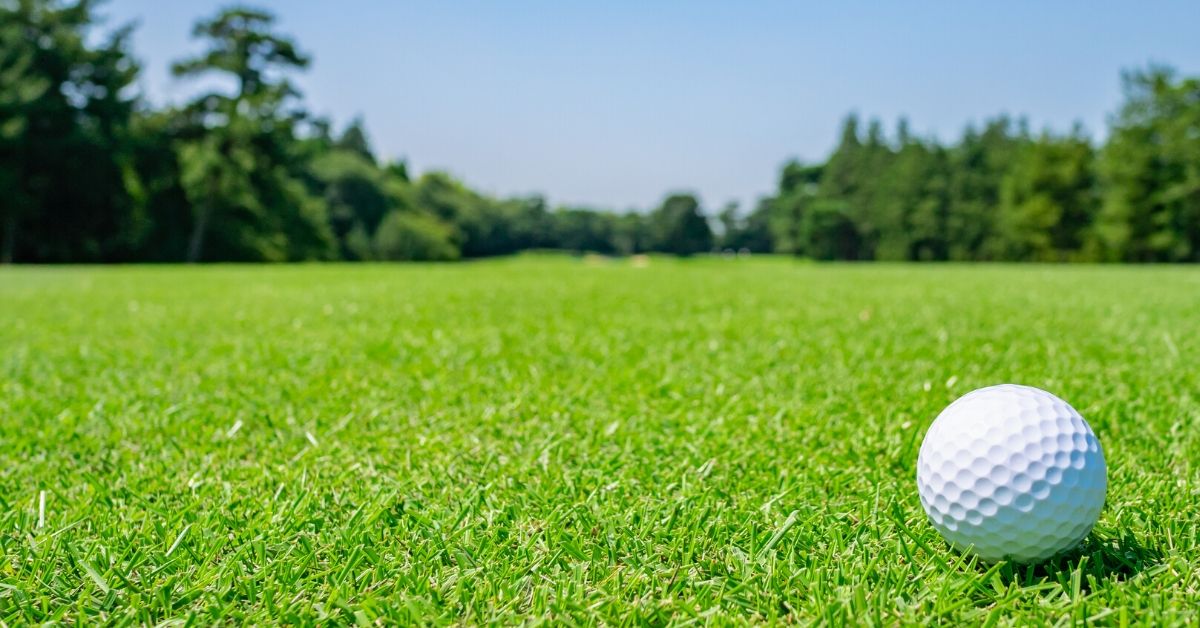 A golf course in the Colorado Front Range was having trouble growing healthy turf. The site was previously used for agriculture and sod production. Because of this, the golf course had variable soil conditions with little to no topsoil development.

Additionally, turf growth and germination were inhibited by high sodium concentrations in the soil and irrigation water. To combat these issues, the Golf Course Superintendent seeded with more salt tolerant species (rye and bentgrass). The soil compaction of the fairways was very high in places (600- 900 pounds/square inch).

Pools of standing water formed on compacted turf areas after rain and irrigation creating recreational hazards. A deep tine aerator was used to help alleviate the compaction, but the aerator was only able to penetrate about an inch below the surface.

Figure 1. Salt accumulation on the soil surface of the golf course prior to BioLynceus® treatment.

Initially, applications of conventional fertilizer and fairway acids were added to the course through the irrigation system. Soil and plant health improvements were minimal while using these products. Additionally, the course sprinkler heads were often clogged from the acids and required frequent maintenance.

When management changed at the golf course, the new Superintendent decided to implement bioaugmentation to improve turf health. He was approached by a BioLynceus® representative who recommended several biologically enhanced turf products which could help reduce compaction and promote plant growth.

Furthermore, the Superintendent continued using a deep tine aerator on compacted areas of the golf course. BioLynceus® Lot 125® and TurfMaster® 12-5-3 were applied to the fairways through the irrigation system. These products contained highly diverse communities of soil amending bacteria.

Seaweed Cream® and Fulvex® were used to spot treat the bare patches where grass would not grow. Treating newly seeded areas with these products promoted root development and nutrient uptake.

After a year of treatment, soil compaction was reduced on many of the course fairways. There was less standing water in the problem areas indicating better water penetration. Additionally, turf was beginning to develop in places were the soil was once exposed.

After the second year of treatment, soil compaction was reduced by half in areas that were highly compressed (300-450 pounds/square inch). The deep tine aerator could penetrate down to10” inches across the course. Additionally, the turf was healthy and green with no bare patches.