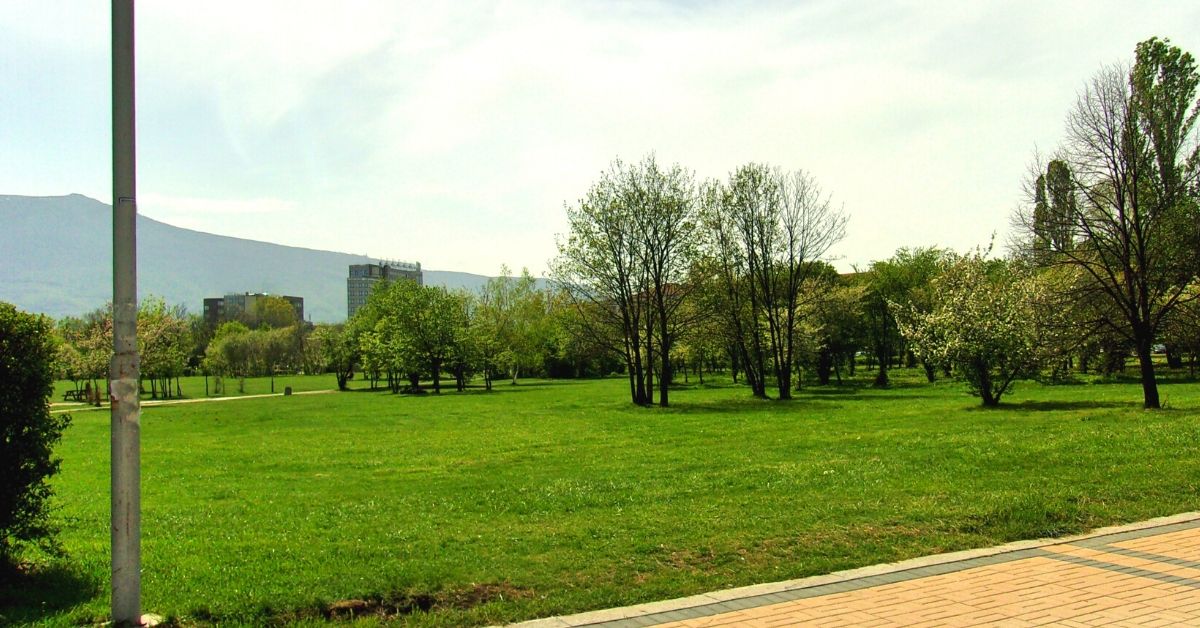 A growing city in the Colorado Front Range used BioLynceus® products to improve root zone development, water retention, and nutrient uptake of newly planted turf and shrubs in front of the City Hall. Initially, a resident was using BioLynceus® microbial solutions to reduce water applications to their lawn when irrigation was restricted during drought conditions.

With limited watering, the treated lawn stayed green and healthy throughout the summer. However, their neighbor’s untreated lawn was brown and patchy even though a similar watering schedule was followed. The city Public Works Director came to see the resident’s lawn and was convinced to use BioLynceus® products in the City Hall
landscaping project.

Figure 1. Google Earth image of the treated area in front of the City Hall building. The turf area and most shrubs received applications of Lot 125® and Seaweed Cream®.

The Public Works Department planned to plant about two acres of turf and many shrubs at the City Hall building. A program was established for the landscaping project which included BioLynceus® Lot 125® and Seaweed Cream® as well as conventional compost.

Over the growing season, two applications of Lot 125® and Seaweed Cream® were
added into the fertigation system that watered the turf area. The shrubs were hand dosed with product when they were planted. Furthermore, compost was added in
with the topsoil for all plants.

To assist efficient plant growth, Lot 125® was used as a soil amendment. Lot 125® provided the study area with a live community of soil bacteria. Additionally, Seaweed
Cream® was applied to stimulate turf and shrub root growth.

After the first growing season, the turf looked green and healthy. The root zone had developed nicely. Additionally, water applications on the turf were decreased by 10%
compared to previous city turf installations. This water savings was attributed to better soil structure and root development which improved water retention in the root zone. Implementing Lot 125® over the growing season helped improve the soil structure and contributed to the city water savings.

While planting the shrubs near the City Hall parking lot, the landscaping crew ran out of BioLynceus® products. Unable to acquire more product that day, the landscaping
crew planted the remaining shrubs without treatment. Over the growing season, the shrubs that received applications of Lot 125® and Seaweed Cream® grew fuller and had better root development. The shrubs without treatment were much smaller and had less root growth.

Overall, BioLynceus® products helped promote good turf and shrub growth. The soil and root zone development that occurred during treatment contributed to reducing
water costs for the turf area. Moreover, the shrubs that received Lot 125® and Seaweed Cream® were visibly healthier than the shrubs that grew without treatment.

After much success with BioLynceus® products in the City Hall landscaping project, the city decided to implement the treatment over 100 acres of additional park turf and
vegetation.

Turf and Landscaping 150 Acres A golf course in the Colorado Front Range was having trouble growing healthy turf. The site was previously used for agriculture and sod production. Because of this, the golf course had variable soil conditions with little to no topsoil...
Read More

Not only do I have the "greenest lawn on the block", I've done it during the height of summer period while adhering strictly to the most stringent water restrictions ever imposed by the city of Aurora. Thanks for introducing me to the Humega® and TurfMaster® products....
Read More