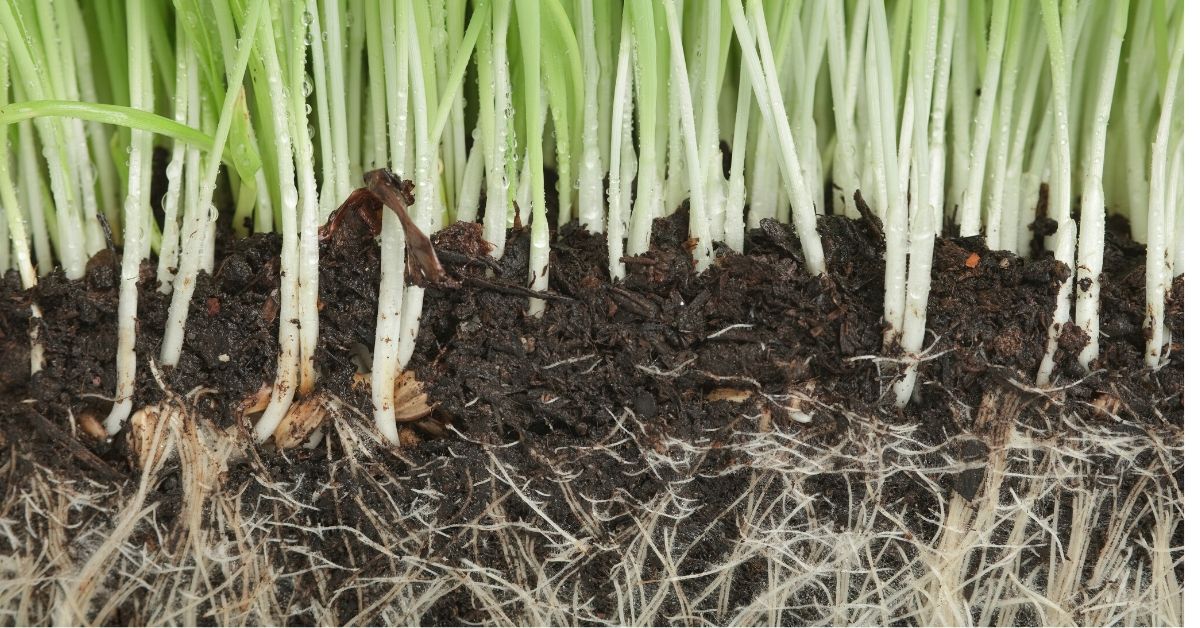 Numerous articles within the past five years have given the particulars of the whys and wherefores of organic acids. The dilemma when purchasing humic acid (HA) and fulvic acid (FA) products should revolve around both guaranteed percents and parent materials. There are numerous descriptive terms and definitions of all things humic that can be a lot confusing.

Ultimately, one must decide on a preferred term or definition and stick with it. This article will select its own preferences and use same throughout the discourse, i.e.:

Humic Acids (HAs): Humic and fulvic acids (Siemers and Waddell, 1972)

Humin: Fraction of humic substances not soluble in water at any pH value (Aiken et al., 1985)

Fresh Coal: Before weathering and contains little or no humic acid (Hoffman etal., 1996)

Lignite: A soft coal intermediate between peat and bituminous coal (Miles and Blair, 1983)

▪ Humates occur geologically in horizontal lenses often interbedded with fresh coal and mudstone. The lenses are mined with front-end loaders, stacked to dry, screened and bagged. From a quality stand point, it is difficult to maintain guaranteed percent HAs when pulling material from a single source on any given day along any given humate seam.

▪ Humate beds/seams can range from 2 percent to 80 percent HA, depending on the clay mineral content. These clays are typically illite, kaolnite and smectite.

▪ Fresh coal is high in calorific value (heat), but low in humic acid content. Suffide sulfurs will indicate the lack of weathering.

▪ Carbonaceous mudstone has more clay than weathered coal, thereby being more beneficial in sandy soils for retaining nutrients and moisture. A clay-dominant soil would receive more benefit from weathered, coal-based humates (leonardite, weathered coal) because of their base- soluble, humic acid content.

▪ Microorganisms inhabiting raw humates can include yeasts, molds, bacteria, and actinomycetes. A soft or cold humic acid extraction method (not utilizing potassium hydroxide and HCI) will allow numerous species to survive and be available for inoculation of soils receiving a liquid humic acid product.

▪ Good humic acid products would be those that pull material from several different sources for diversity of humic acid and fulvic acid content, organic-rich day content and microorganisms.

▪ Black as coal with an earthy-coal odor, looking and feeling slightly oily and no hint of ammonia are indides of a quality liquid humic acid product-limitless.

▪ Microorganisms inhabiting raw humates can include yeasts, molds, bacteria and actinomycetes. A soft or cold humic acid extraction method (not utilizing potassium hydroxide and HCI) will allow numerous species to survive and be available for inoculation of soils receiving a liquid humic add product.

▪ HAs are extremely complex, variable organic molecules the exact structure of which are unknown.

▪ Every molecule of HA and FA can be different yet have similar properties when related to the individual entities present in any particular microenvironment. The possibilities for reactions or combinations are limitless.

▪ Decomposition of rocks and minerals to form soil and in turn increasing the workability of soil is promoted by HAs.

▪ The acidrty of alkali soil is increased with the use of HAs, thereby making several elements more available to plants and stimulating growth and proliferation of microorganisms that process plant nutrients.

In summary: Be curious about the organic acids you are purchasing. Try not to let your selections be cost driven, and remember that there are two different kinds of consumer sense – commonsense and nonsense.

An Irrigation Deficit Study in Yuma, Colorado showed that the application of Lot 125® increased corn yields by nearly 30% with less water. A typical 24 inch per season irrigation was reduced to only 18 inches in the study. The result was a $187 per acre increase over...
Read More

Strains of cannabis that lack THC are grown to produce products from food, to textiles and building materials. This regulated material is becoming an option for American farmers with state regulations opening up the previous restrictions on growing strains of...
Read More

Darwin Jeffers of Phillips County, CO used BioLynceus® Lot 125® on his 2010 Conservation Reserve Program breakout planted to dryland corn, and on his dryland wheat crop, in 2011. The corn made $311 profit over expenses at 82 volume per acre. The wheat made 52 volume...
Read More

Western Colorado Organic Orchards, Inc. is a certified organic farm with 29 acres of fruit and vegetable production. Over the last four years I have been very pleased to work with BioLynceus® and use several of Global Organics' products including: Seaweed Cream®, Lot...
Read More