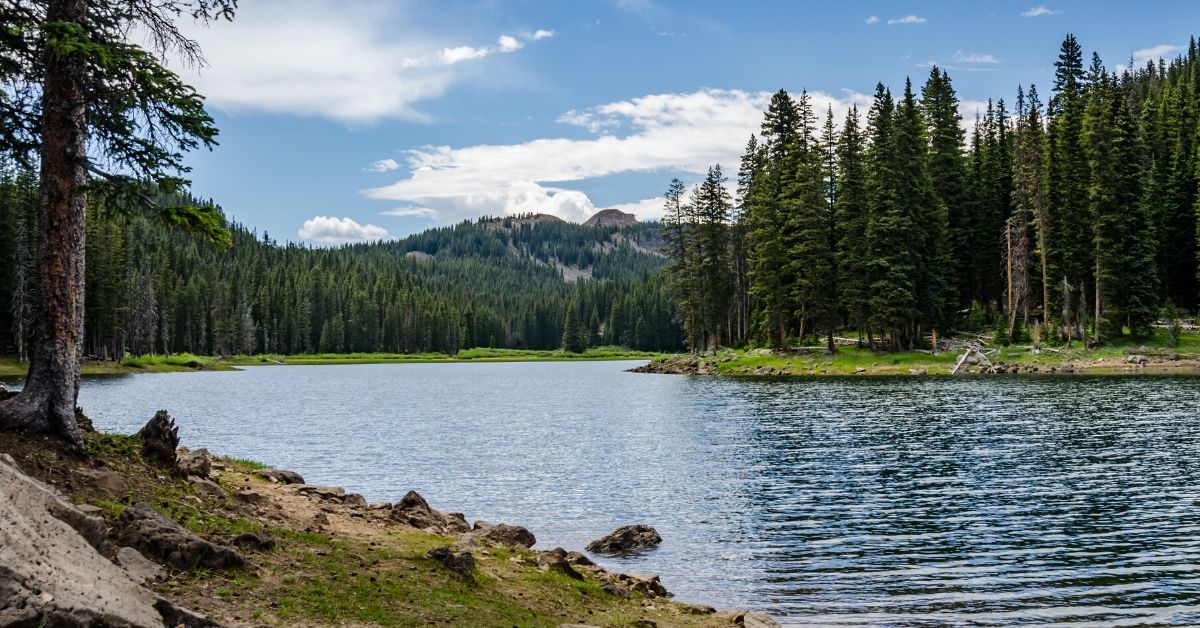 Beginning in 1999, Big Elk Meadows contracted with BioLynceus® for the purpose of improving the water quality of our lakes, which are the source of our drinking water.

During 1999, we began treating our lakes which were in an unhealthy state with BioLynceus® ProBiotic Scrubber® I. In mid-summer the lakes would develop a sewage odor and turn dark in color. After one year of treatment we noticed a reduction in odor and in the dark layer deposit on the lake bottoms.

During 2000, a hot, dry spring and summer create an excessive algae bloom that killed over 1,000 fish. Even though we were late in starting PBI treatment, we were able to reduce the algae odor in our lakes.

During 2001, we began treatments early spring and were able to adequately control the algae bloom in most of the lakes. There was no fish loss and the quality of our drinking water was improved significantly.

During 2002, we began ProBiotic Scrubber® I application in early spring with a more aggressive treatment schedule. The year 2002 was a critical time for our lakes, as their depths were several feet lower than normal due to the record hot and dry weather.

We were able to control the algae bloom in all lakes and did not lose any fish. The dark layer deposit continues to subside in all lakes and our last lake in our chain of lakes has the appearance of an unspoiled alpine lake.

Rick Allen and BioLynceus® have been instrumental in assisting us with the remediation of our fresh water lake system.

Concerts in the park, fairs, festivals - these high-traffic events often spell trouble for your turf and could take weeks to recover. This simple trick makes your turf more resilient and allows it to recover in no time.  https://youtu.be/_ra5NaobbQU
Read More

How to Get Better Turf without More Water – Testimonial – [ video ]

Find out what this park manager did to improve the quality of his turf without going overboard with water.  https://youtu.be/Mt6ZcU0j56Y
Read More

Click now to hear how this boss played a trick on his project manager. The PM could not figure out why one group of newly planted shrubs was outgrowing another batch planted at the same time.  https://youtu.be/9EJfalwTJj0
Read More

Want your sod to perform better on new construction sites? J ust do what this person did with Lot 125 from BioLynceus. Quick. Easy. Great results.  https://youtu.be/ZY7Fcp4ww20
Read More

Hard soil leads to poor turf. To make your turf more resilient, try BioLynceus turf products on your course. Listen to what this course superintendent has to say about the results he sees on his course.  https://youtu.be/dnZmLRQOVBk
Read More

How to Remove Standing Water By Opening the Soil – Testimonial – [ video ]

Standing water is no good for your soil. It has to soak into the roots to be of any value. Listen to this golf course superintendent talk about how BioLynceus products eliminated standing water on his course. https://youtu.be/_18S7HUVUuE
Read More

How to Reduce the Need for Hand Watering – Testimonial – [ video ]

This golf course superintendent was able to reduce the amount of hand watering on his course by using BioLynceus Turf products. Not only did this reduce his overall watering costs, he was able to have his people work on other projects elsewhere on the course. ...
Read More

Municipality Gets Back into Compliance Using BioLynceus Products

I would like to thank you for introducing me to BioScrubber. As the Del Norte Waste Water Operator l started using Bio Scrubber in our sewage treatment plant. I have noticed several improvements since then. I am saving about $800...
Read More

I began using BioLynceus BioScrubber II microbial solution to help solve a grease/hydrocarbon accumulation problem in the City of Livingston’s main sewer line and the associated lift station. The sewer line is problematic because most of the restaurants in town...
Read More

Reducing BOD and TSS at a Beverage Manufacturer – Testimonial

Thank you for taking the time to visit our location and formulating a Probiotic for our ponds. Mt. Angel for the past 20 years has been working to reduce the BOD and TSS in our ponds with little to no success. We found that during the summer months the ponds would...
Read More