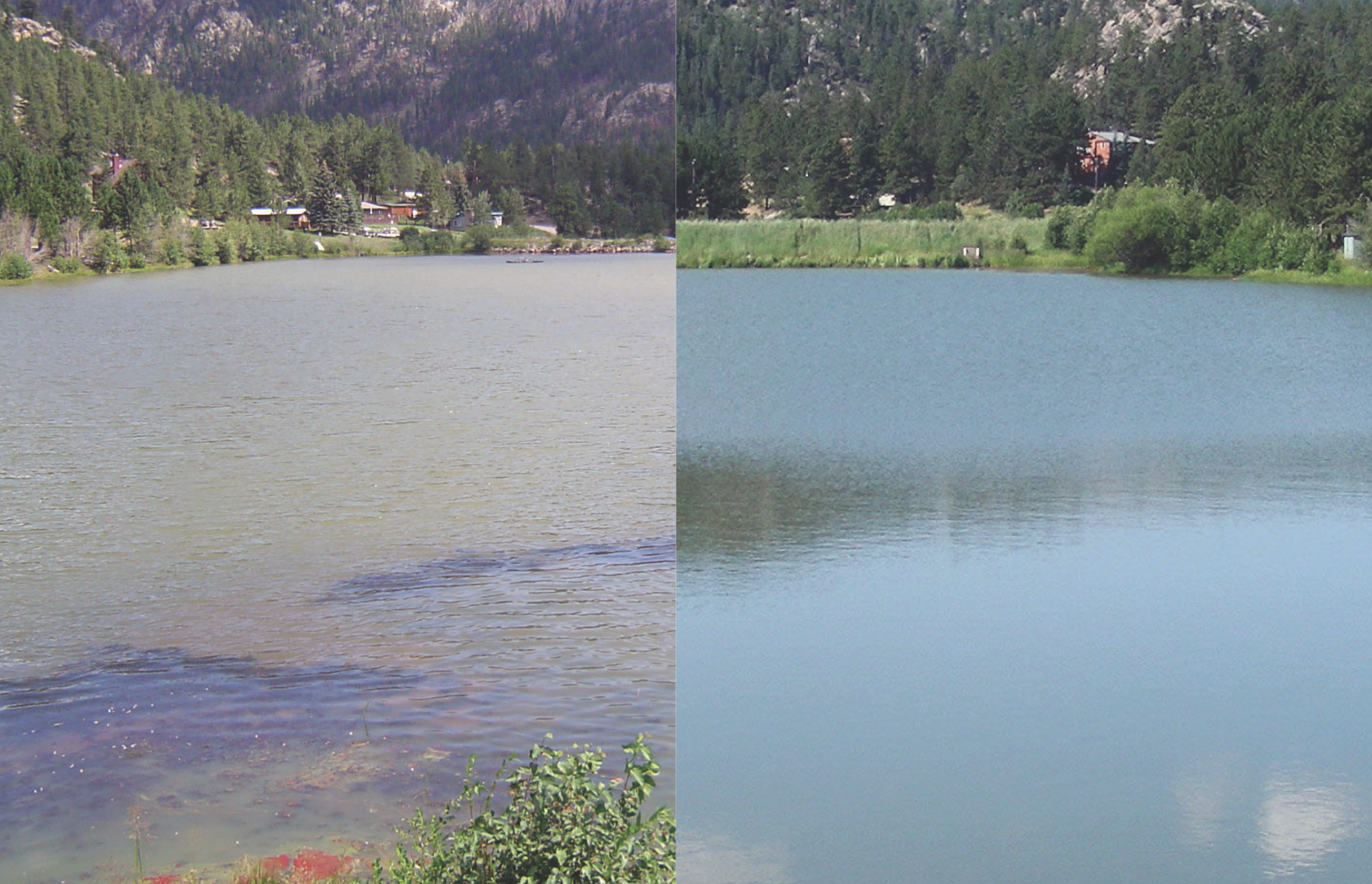 In the spring and fall, changing water temperatures and densities can stimulate heightened sediment organic matter decomposition and nutrient loadings.

This process can promote water clarity and odor issues relating to excessive algal growth and eventual die off.

Once algae populations uptake all available nutrients in the water column, the algae die and are decomposed by heterotrophic microorganisms.

This surge in organotrophic metabolism dramatically decreases the dissolved oxygen in these systems. Surface waters containing less than two milligrams per liter dissolved oxygen (hypoxic) can inhibit aquatic life and may cause death.1

Anaerobic microbial processes in hypoxic water bodies can give off strong unpleasant odors.

Communities relying on freshwater ponds for drinking and recreational uses can benefit from bioaugmentation when managing organic solids in their ponds.

The resulting hypoxic water conditions in the lakes would cause fish kills and strong unpleasant odors. Additionally, the surface waters became murky from the dark organic matter that accumulated above the sediment.

In need of a solution to improve the water clarity of the community’s freshwater resources, the President of the Board of Directors contacted BioLynceus®.

A bioaugmentation plan was established in the lakes to [1] reduce organic solids and odors, and [2] achieve better water clarity for human consumption and recreation. PBI enriched the lakes with live cultures of heterotrophic bacteria to promote organic substrate decomposition and nutrient uptake.

During the first year of treatment, applications of PBI were added in the summer after algal blooms began to form in the lakes. By winter, algal biomass was limited in the water bodies and odors were reduced. The dark solids at the bottom of the lakes were degraded more thoroughly then in previous years without treatment.

The following spring was unusually hot and dry. Water levels in the lakes were very low, and algal growth was excessive. Before PBI was administered, 1000 fish were killed in the water bodies due to high water temperatures and low dissolved oxygen levels.

After this event, BioLynceus® product was added to the lakes. PBI helped reduce additional organic solids and odors that year.

During the third year of treatment, PBI was inoculated in the lakes in early spring. Dosing the product early shifted the timing of nutrient release for more even loading over the warm season.

Water clarity was improved, and odors were reduced.

The President of the Board of Directors for the community explained, the last lake in the chain of lakes looked like a clear alpine lake.

He went on to write in a letter of recommendation, “Rick Allen and BioLynceus® have been instrumental in assisting us with the remediation of our freshwater lake system.”