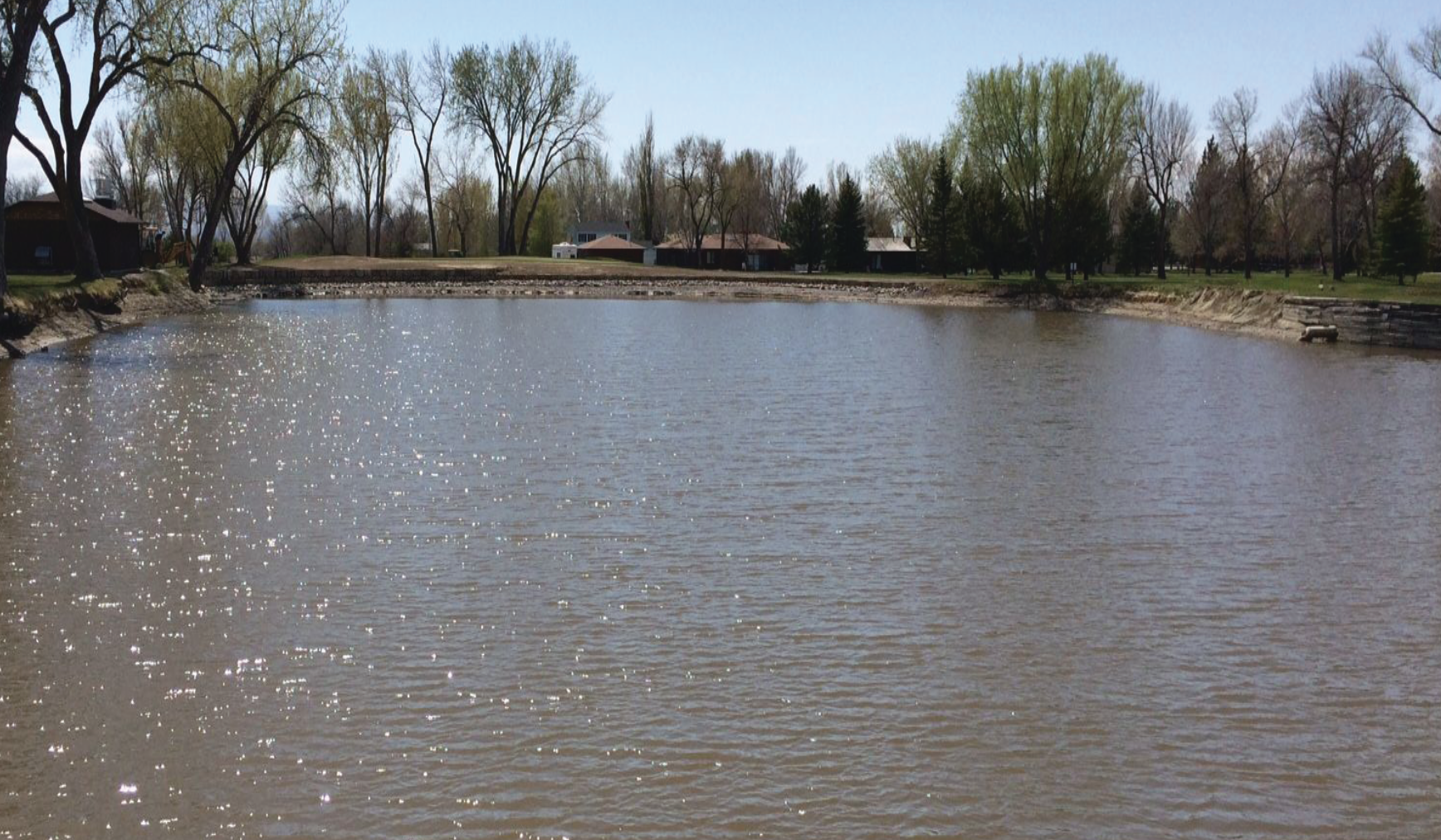 A country club in Montana was having issues with water clarity in their irrigation ponds. The two ponds had a total surface area of 5.5 acres.

The water bodies were filled with treated wastewater. Additionally, the ponds received runoff from the fertilized golf course.

These nutrient inputs, coupled with naturally released nutrients from the breakdown of organic material, caused large algal blooms in the ponds.

The algae that developed in the summer plugged the pumps which were essential for irrigating the country club turf.

Furthermore, the ponds produced unpleasant odors because the organic material in the water was not being properly degraded due to low dissolved oxygen levels.

The Golf Course Superintendent was familiar with BioLynceus® services from a local trade show. He wanted to improve water clarity in the ponds to reduce maintenance issues and odors.

The country club also wanted to improve the visual appearance of the water bodies for their members.

With these goals in mind, the Superintendent decided to use BioLynceus® ProBiotic Scrubber® I (PBI) in both the ponds.

PBI provided a diverse community of live bacteria which actively reduced nutrients and organic material in the ponds.

A trash pump was used to apply the product evenly across the surface of the water bodies.

Within a month, the Superintendent noticed less algae in the ponds. The club management decided to continue implementing PBI the following spring.

During the second year of treatment, the water clarity in the ponds was greatly improved and odors were further reduced.

Furthermore, the irrigation pumps were not plugged as frequently which lessened maintenance requirements.

The country club continued to use PBI and saw further improvements in water clarity.

These systems commonly have excessive algae blooms. Uncontrolled algal growth can cause a variety of issues.

The above problems increase pond maintenance requirements and odors.

Microbiology can be added in these systems to better degrade nutrients and organic material. This process (also called bioaugmentation) can help moderate high nutrient loads in ponds that promote algal blooms.

Additionally, improvements in water clarity and odors can result from bioaugmentation as shown in the above success story.