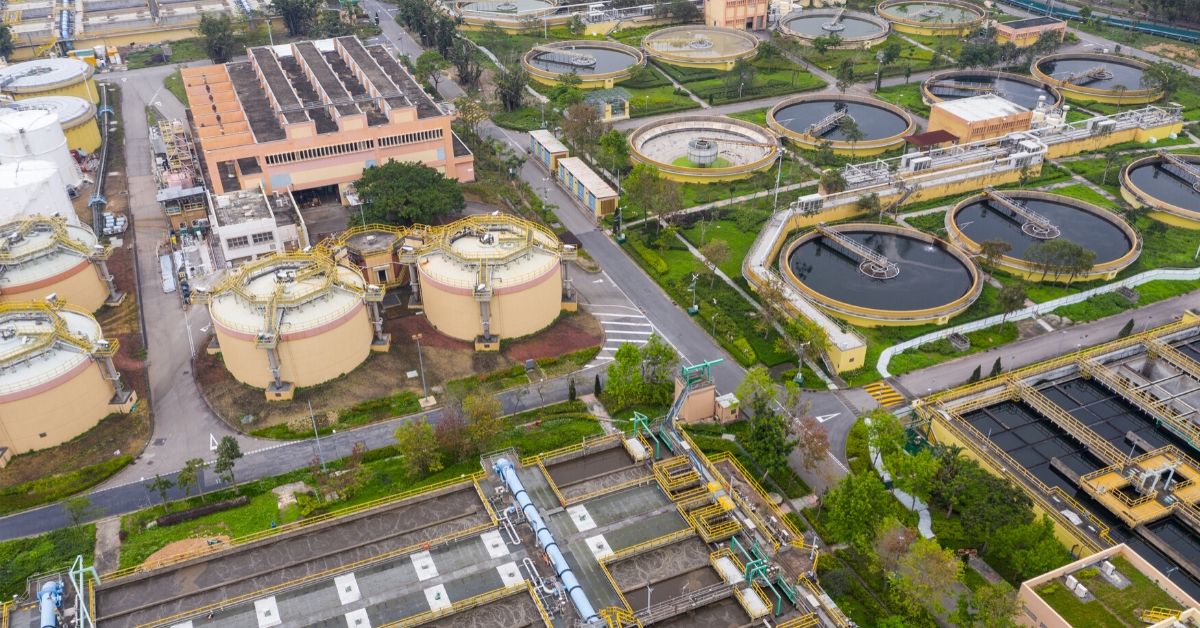 An industrial oil refinery in New Mexico relied heavily on three aerobic biological treatment units (ABTUs) to process their high strength wastewater. The refinery processed 45,000 barrels of crude oil a day. Issues in the first treatment cell developed after a chemical reaction caused the sludge in the basin to seal with a hard calcium crust.

This inhibited the biological treatment in the first ABTU. A mixed hydrocarbons and solids sludge began rapidly accumulating in the second and third cells. The capacity of the system was decreased along with the mean cell residence time.

As a result, the treatment was failing in the ABTUs which caused the facility to operate out of permit compliance. In need of a biological solution, the refinery contacted BioLynceus®. To better understand the problem, a BioLynceus® representative performed an onsite assessment of the aerated lagoon system.

He assisted the operators with breaking up the calcium layer in the first basin and evaluated the sludge levels. The refinery decided to bioaugment the ABTUs with Biolynceus® ProBiotic Scrubber® HCC (PB – HCC) to (1) decrease the solids and oil residues in the treatment process and (2) bring the effluent within permit compliance. The PB – HCC seed contained a concentrated live consortium of wastewater treating bacteria.

Michael Gerardi’s book, Wastewater Bioaugmentation and Biostimulation, explained that bioaugmentation can effectively increase the abundance of microbes in a wastewater system to more efficiently remove organic substrate.1 PB- HCC was implemented to increase the hydrocarbon and cBOD degrading bacteria in the ABTUs.

Figure 1. ProBiotic Scrubber® HCC was administered to the influent of three ABTUs receiving wastewater from an oil refinery. The average sludge depth before treatment (grey) and after 90 days of treatment (blue) was determined from detailed sludge profiles.

PB – HCC was inoculated ahead of the American Petroleum Institute separator in the headworks to begin treatment. A dose of product was administered daily. Within 90 days, PB – HCC helped reduce the sludge depth by an average of 13 inches (Figure 1), and the treatment system effluent was brought within permit compliance. The BioLynceus® product reduced the solids in the ABTU system enough to continue treating the influent without shutting down for emergency dredging.

Minor dredging operations were completed while the lagoon system continued to process wastewater. The Environmental Manager at the refining company commented, “The refinery has saved a tremendous amount not only in money but also in down time.” Over three months of treating the ABTUs, sludge depth was reduced, wastewater discharge was brought within permit limits, and dredging costs were decreased.

The aeration basins were not shut down for extensive dredging. This permitted influent wastewater processing while the sludge issue was resolved. Augmenting with PB- HCC increased the functional biomass in the system and promoted efficient hydrocarbon and solids removal.